I was born and raised in New York City; although I have lived in many places (cities and rural areas) Cairo was an experience beyond my minimal mental resources.

Loud, in-your-face, congested, packed solid wall-to-wall life without boundaries or rules. Cars pack the streets, the main boulevards  are chocked with the smell of diesel-fuming-traffic congestion.

The architecture seems euro-shabby (no chic).  We were 2 travelers in a 3 star hotel far from amenities of the tourist Nile Hiltons.

Look, down the street, students in the street seemed to be leaving college classes for a late afternoon gathering.  Let’s join them and learn more about the new Cairo.  Oops, it was a protest growing out-of-hand.

Ha ha, students with signs on one side of the street yelling at a stand of army guys with transparent plastic shields, batons and helmets (note: they go for standard scary as you can be color palette of tans, dark brown and the ubiquitous camouflage patterns seen in most countries).

Since we were in the middle of the street and separated from the students it became quickly apparent we may be in a somewhat perilous situation.

Two army guys, quick to see wide-eyed tourists in a problematic situation surrounded us, shields to our left, shields to right and rather nervously hustled us down the block, directed us to the Nile (not to swim, but to get to one of the lavish 5 star hotels past the archeological museum and a colonial style embassy surrounded by a 15 foot iron gate where 4 Chevy SUVs sped through the 15 foot iron gates, electronically opened from the guard house a car doors thrown open revealed black suited, yes, sunglass wearing CIA types). 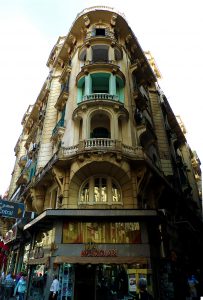 If you go to Cairo remember that in the 1920’s this was once a European jewel.  Broad boulevards, tree lined streets trod by French and British during the veiled protectorate of the late 1800’s to the formal protectorate through the early 20th century.

All Image and Intellectual Property Rights Reserved © 2021 – 2022 by boverman.

All Image and Intellectual Property Rights Reserved © 2020 – 2021 by boverman.